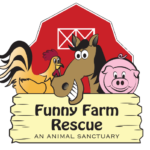 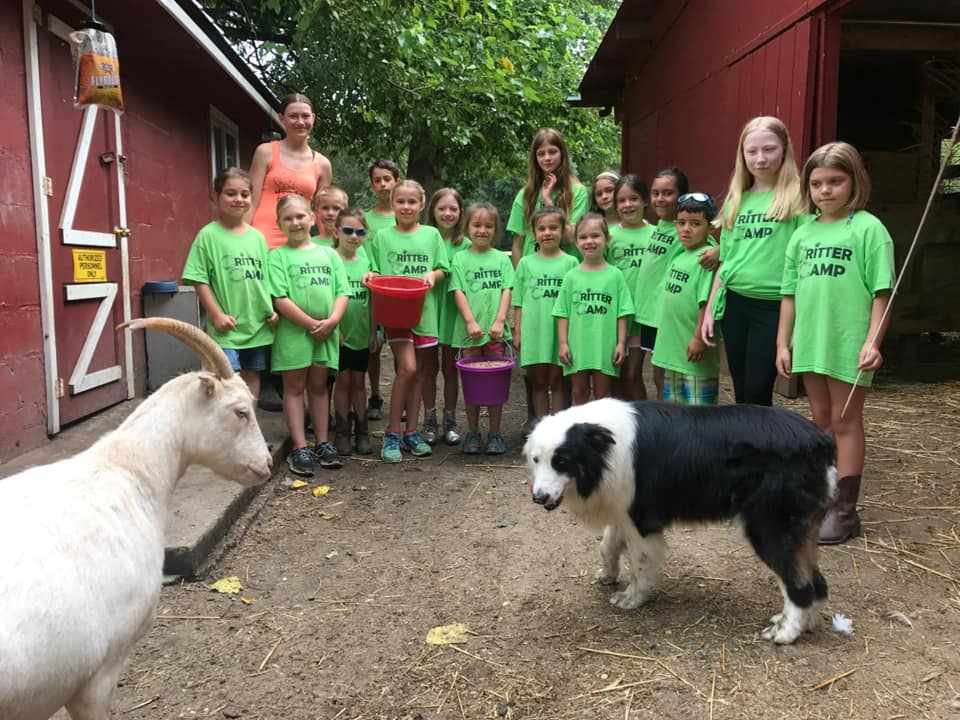 The Funny Farm Critter Camp is a day camp program geared towards fun and education through hands-on animal encounters. Children will learn about animal care, science, engineering, technology, service, and teamwork from an incredible certified teacher who loves animals. Children will be able to interact with horses, alpacas, chickens, cats, dogs, pigs, and goats all […] 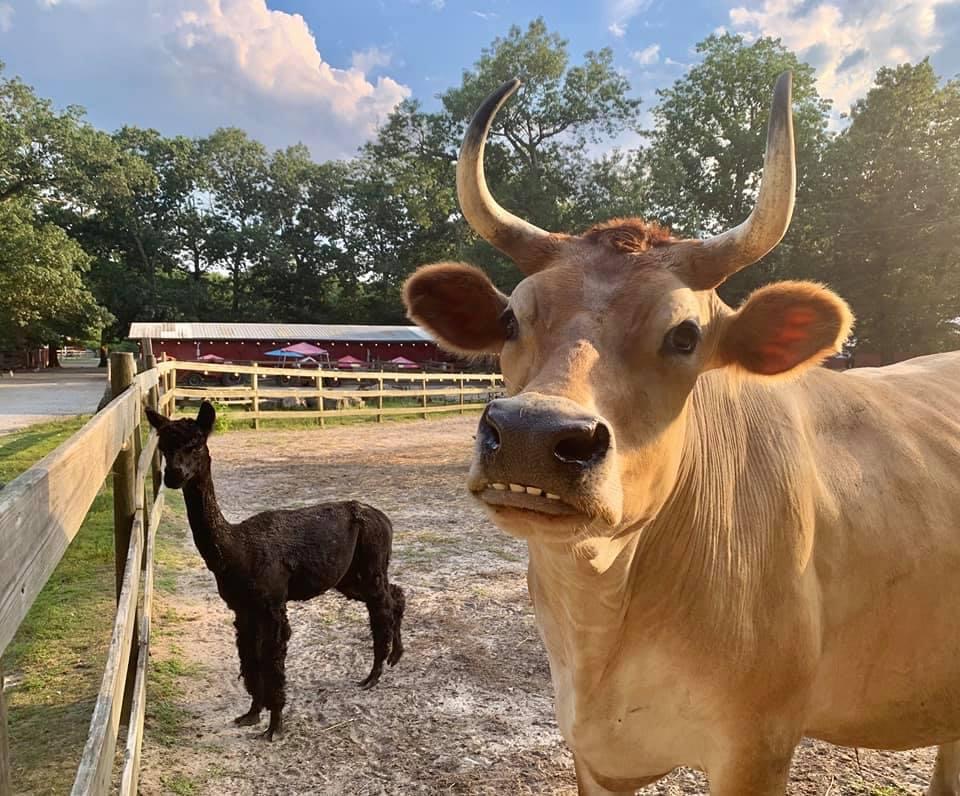 Yogi is a 2000lb Jersey Steer and his best friend is a small alpaca named Cooper. The are inseparable. One day, a child was feeding them some carrots though the fence. Like brothers sometime do, Yogi pushed Cooper away to get the carrots. He forgot he had big giant horns and accidently injured his best […] 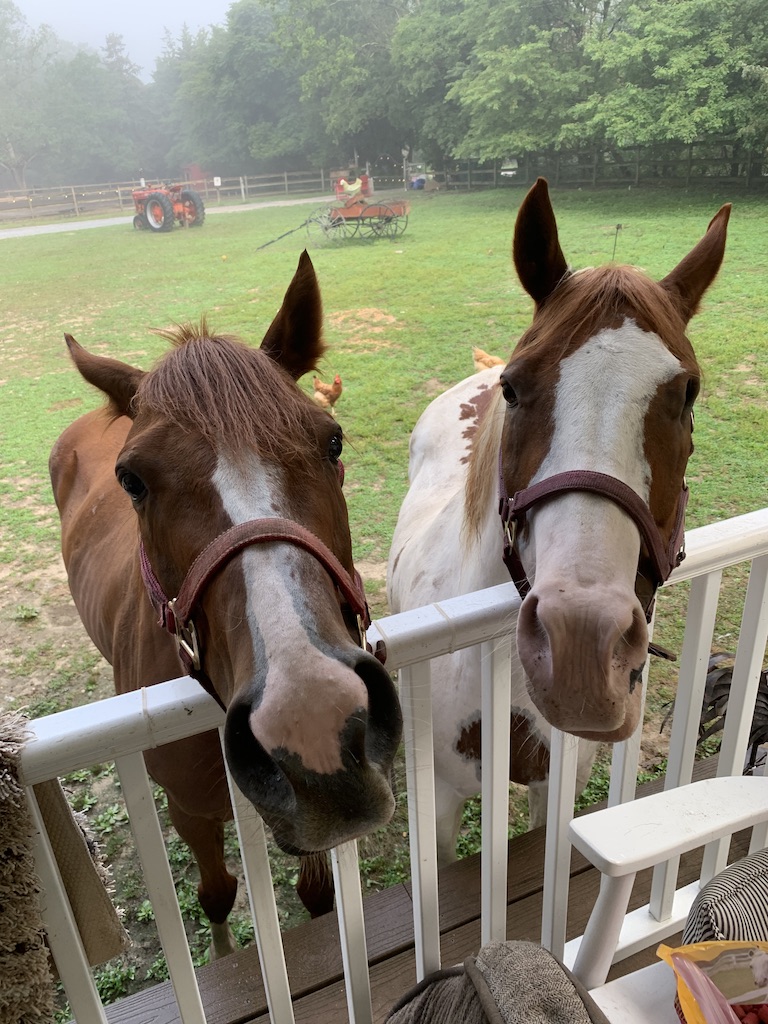 We have one very gentle racehorse with impressive bloodlines who was a consistent winner. Her track name was High Jingo, but in 2019, when she retired to the Funny Farm, her former owners renamed her “Anna.” Anna was sired by Shackleford, who placed fourth in the 2011 Kentucky Derby, won the Preakness Stakes the same […] 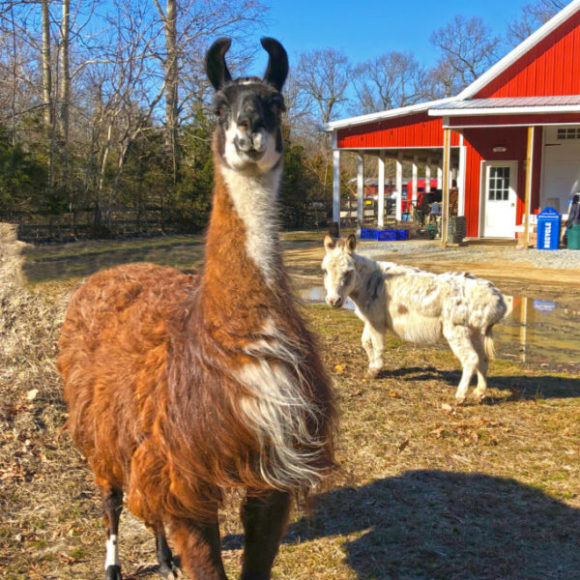 Jethro is one of the oldest donkeys in the country. He was bonded with a horse named Smokey who passed.  He was so sad, and we were worried he would die of a broken heart. After introducing him to other donkeys and horses, he was interested in none of them. One day, a lonely Llama […] 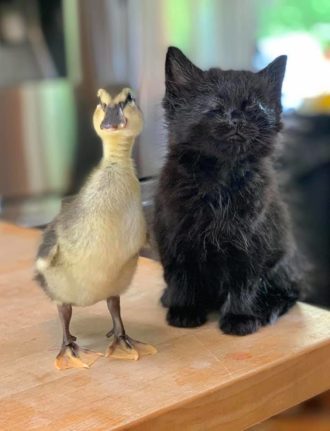 Both were all alone and had less than a 1% chance of survival. Somehow, they both came to the Funny Farm at the same time. Hope, the little black kitten is blind, and Jello was a little orphaned duck. With all of the love, support and prayers from everyone, both have survived. We knew they […]